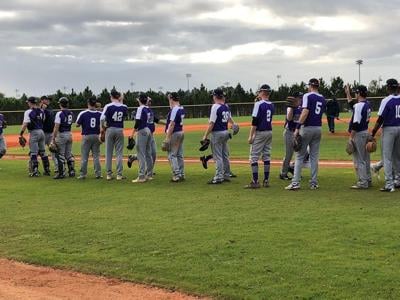 In the top of the fourteenth inning, Coleman Stauffer singled and advanced to third on a passed ball. Thomas Gallant delivered, giving the Raiders the lead on an RBI double.

Skufca came back out to close for Mount Union. After more runner drama, the Raiders had needed something big. On a line drive to short, Dwayne Sumler leapt and grabbed the ball for out number two, he then made a quick throwback to first for a double play. Sumler’s catch sealed a 2-1 Raider win.

Mount Union Sophomore Billy Keller went four and two third innings before Ursinus took the lead, getting four off Keller in the ninth.

The raiders fell 5-1 to wrap a long day of baseball. Mount Union will continue their play in Florida, before returning home on Saturday.